When it comes to chasing in a world of gaming, how can we forget the name: Need for Speed. And after a long wait of two years, we are going to experience a new thrill of this new Need for Speed game series: NEED FOR SPEED: PAYBACK! It is not like most racing games where you try to beat your opponents on the track, it is more than that. Modifying your car in such a way that you can kiss the air, is one of the top qualities of this game. And you cannot put a better title to this game, other than Payback!

The new Need for Speed trailer focuses on the game’s gripping story starring Tyler Morgan, a reincarnated star on the racing street. After being double-crossed and forced out, Tyler and his crew members try to take down the house who controls Fortune valley’s underworld.

Need for speed is one of the longest running franchise in the car-racing game series. A licensed car, crazy modification, and a beautiful world within, evading cops and the most important “OVER THE TOP ACTION AND PLAY!” is going to be the priorities of this game which will leave you struck with awe. Graphics that will make you go insane drifted into the world of racing.

Check out the trailer for Need for Speed Payback below:

Driving insanely in the game is good, right? So the better insane you drive, the more you earn. And when you level up, you earn a SPEED CARD.  If you want to play this beauty at 720p you’ll need to suit up your PC armor with 64 bits, Windows 7, 8 or 10, CPU- Intel i3 @3.8ghz or higher, 6 gigs of RAM and a minimum space of 30 gigabytes in your hard-drive. NVIDIA GeForce gtx750 or higher is a must with DirectX 11 or higher. These are the kind of basic requirements that you must have to play the game. You can buy the game directly from their website ea.com or from Amazon.in. So let’s see what kind of fun this game is going to give us as it has just now released on November 11, 2017. All the gamers, pack your gear, boost your strength and let the race begin. You see, Need for Speed 2015 brought with it a resurrection of the spirit of 2003 and 2004’s successful Underground games and saw the return of meaningful performance and visual customization.
Featuring the deepest customization from the series, players can truly craft a personalized and unique ride, or spend hours finding and tuning an abandoned derelict into a supercar remedies all that latter stuff. There’s a much longer experience here – it took me around 8 hours to complete the story alone like what the game is actually about. Payback changes things up slightly in the penultimate race event, where it adds cops in the middle of an actual race, but otherwise police pursuits are basically now just time trials where the AI is trying to stop you. The cop AI seems robust enough, and they’ll work on boxing you in when they have the numbers, but I didn’t find them too dangerous…. The characters aren’t functionally different from each other; they’re just each tied to one or two of the five specific car classes that are different from each other. Payback splits its cars into five categories – race, off-road, drift, drag, and runner.

Toyota and Ferrari have fallen out of the game for reasons beyond EA’s control, but the mix of tuner, muscle, and exotic has otherwise improved from the already decent selection available in Need for Speed 2015. They still look nice too, particularly the weather-beaten cars we’re tasked with, discovering around the map.

Need for Speed Payback is a big, competent, and a confident arcade racer, but it’s really let down by its linear cop chases, its overwrought and insidious upgrade system, its dreadful dialogue, and its superficial action sequences… But these lines may vary from user to user, as everyone has their own tastes of thrill. I would like to rate it 3.5 stars out of 5. Let’s see what response it is going to have from the Indian gamers point of view. 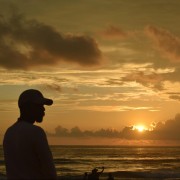 4 thoughts on “Need For Speed: Payback”