About 2 to 3 years ago, I was scrolling through an online shopping portal, to find myself an interesting and a crime-thriller novel, where I heard the name Agatha Christie for the first time. There was a whole bunch of books displayed under her name from where I purchased my first detective novel, Agatha Christie: The 13 Problems.

I was so fascinated and intrigued by this novel that I decided to read more of her books, where I was introduced to yet another prominent character, Hercule Poirot. Recently, I watched Murder on the Orient Express, as I have read the novel, and was eagerly waiting for the movie also due to the famous star-cast of Kenneth Branagh, Johnny Depp, Penelope Cruz, Willam Dafoe (Wowww, right?). The plot was simply amazing and how Hercule Poirot solved the case is beyond imagination, in my opinion.

Such is the essence sprinkled into our minds by reading and watching these novels of Agatha Christie. Here are some of the novels which you should definitely read if you are into detective stories and crime-thriller plots:

1). A Murder Is Announced

A notice appears in a newspaper of a small English village: “A murder is announced and will take place on Friday, October 29th, at Little Paddocks, at 6:30 p.m. Friends accept this, the only intimation.” Letitia Blacklock, the owner of Little Paddocks, has no idea what the notice means, as she didn’t place it. The villagers are intrigued by the notice, and several of them appear with awkward reasons but definite interest. As the clock strikes 6:30, the lights go out and a door swings open, revealing a man with a blinding torch. The man demands they “Stick ’em up!” Most of the guests do so, believing it to be part of a game. The game ends when shots are fired into the room. The door slams shut, and panic takes hold. It’s discovered that fuses are blown and the gunman has been shot. Now, how will Miss Marple, who was a guest at the very same spa hotel, be able to solve the case? The answer lies in the book itself.

You can buy the book here: http://amzn.to/2AYv3qx

2). And Then There Were None

A group of people are lured into coming to an island under different pretexts, e.g., offers of employment, to enjoy a late summer holiday, or to meet old friends. All have been complicit in the deaths of other human beings, but either escaped justice or committed an act that was not subject to legal sanction. The guests and two servants who are present are “charged” with their respective “crimes” by a gramophone recording after dinner the first night, and informed that they have been brought to the island to pay for their actions. They are the only people on the island, and cannot escape due to the distance from the mainland and the inclement weather, and gradually all ten are killed in turn, each in a manner that seems to parallel the deaths in the nursery rhyme “Ten Little Niggers”. Nobody else seems to be left alive on the island by the time of the apparent last death. A confession, in the form of a postscript to the novel, unveils how the killings took place and who was responsible. Chilling, isn’t it?

You can buy the book here: http://amzn.to/2ABZhwN

3). Murder On The Orient Express

A lavish trip through Europe quickly unfolds into a race against time to solve a murder aboard a train. When an avalanche stops the Orient Express dead in its tracks, the world’s greatest detective — Hercule Poirot — arrives to interrogate all passengers and search for clues before the killer can strike again. Will he be able to catch the killer in time and get to know his/her true motive behind the murder?

You can buy the book here: http://amzn.to/2ADIcmp

The plot of the novel is divided into three parts: The first set of six stories were about ‘The Tuesday Club’ where each member of the club present an unsolved mystery and other members of the club tries to solve them but it was always solved by the female amateur detective, Miss Marple. The other set of six stories started, when one of the member, Sir Henry Clithering, an ex-Commissioner of Scotland Yard invites Miss Marple to a dinner party where the stories were solved and triumphed by her again. The thirteenth story, Death by Drowning, takes place some time after the dinner party when Miss Marple finds out that Clithering is staying in St. Mary Mead and asks him to help in the investigation surrounding the death of a local village girl. At the start of the story Miss Marple secretly works out who the murderer is and her solution proves correct.

You can buy the book here: http://amzn.to/2AkLgqp

Three generations of the Leonides family live together under wealthy patriarch Aristide. His first wife died; her sister Edith has cared for the household since then. His second wife is the indolent Brenda, decades his junior, suspected of having a clandestine love affair with the grandchildren’s tutor. After Aristide is poisoned by his own eye medicine, his granddaughter Sophia tells narrator and fiancé Charles Hayward that they cannot marry until the killer is apprehended. Charles’ father, “The Old Man”, is the Assistant Commissioner of Scotland Yard, so Charles investigates from the inside along with assigned detective, Chief Inspector Taverner. 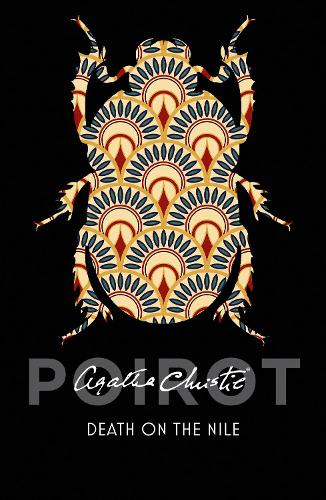 On a luxurious cruise on the Nile River, a wealthy heiress, Linnet Ridgeway (Lois Chiles), is murdered. Fortunately, among the passengers are famed Belgian detective Hercule Poirot (Peter Ustinov) and his trusted companion, Colonel Race (David Niven), who immediately begin their investigation. But just as Poirot identifies a motley collection of would-be murderers, several of the suspects also meet their demise, which only deepens the mystery of the killer’s identity.

You can buy the book here: http://amzn.to/2ACBP2u

The novel follows the eponymous murders and their investigation as seen by Arthur Hastings, Poirot’s old friend. Poirot receives typed letters signed by A.B.C. In each is given the date and location of the next murder. A.B.C. moves alphabetically: Alice Ascher is a tobacco shop owner killed in her shop in Andover, Elizabeth “Betty” Barnard is a flirty waitress killed in Bexhill, and Sir Carmichael Clarke is a wealthy man killed at his home in Churston. A.B.C. leaves an ABC railway guide with each victim. Poirot has two doubts in his mind: a) Why would A.B.C. write to him instead of the Scotland Yard or any reputed newspaper?, and b) Why did a meticulous man like A.B.C. misspell Poirot’s address on the Churston letter?

You can buy the book here: http://amzn.to/2ACCYXQ

8). The Murder Of Roger Ackronyd 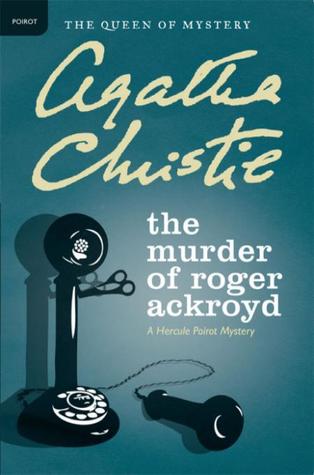 It is the third novel to feature Hercule Poirot as the lead detective. Poirot retires to a village near the home of a friend he met in London, Roger Ackroyd, who agrees to keep him anonymous, as he pursues his retirement project of perfecting vegetable marrows. He is not long at this pursuit when his friend is murdered. Ackroyd’s niece calls Poirot in to ensure that the guilt does not fall on Ackroyd’s son; Poirot promises to find the truth, which she accepts.

The novel was initially well-received, remarked for the startling ending, and in 2013, 87 years after its release the British Crime Writers’ Association voted it the best crime novel ever. It is one of Christie’s best known and most controversial novels, its innovative twist ending having a significant impact on the genre.

You can buy the book here: http://amzn.to/2AEVwqB 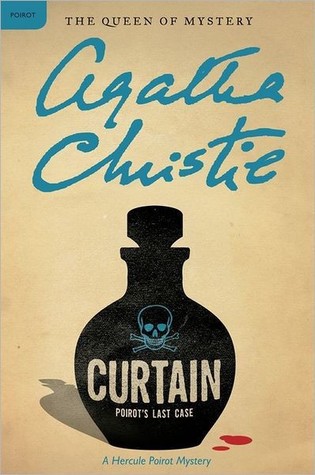 Captain Hastings – accompanied by his adult daughter Judith – reunites with his old friend Hercules Poirot at the site of their very first case together, Styles Court. It’s no longer a private house but a country guest house operated by Daisy and her husband Colonel Toby Lutrell. Poirot is not well however. He no longer has the use of his legs and is wheelchair-bound. Poirot has asked his friend to join him because he is certain there is a killer among the residents and needs him to be his eyes and ears. As some of the guests begin to die there are, as always, several suspects. The killer proves to be a master manipulator who gets others to do the actual murders.

You can buy the book here: http://amzn.to/2iE5pwA